Idealism and Pragmatism for Beginners is a Stranger Mission in Red Dead Redemption 2 (RDR2). Stranger Missions are the equivalent of Side Quests, and they unlock as you progress the Story Missions.

The Mayor tasked Arthur to solve some political issues at night with unconventional means.

Idealism and Pragmatism for Beginners Objectives

Idealism and Pragmatism for Beginners Walkthrough

At nighttime (10 PM - 5 AM), head to of Saint Denis to the Mayor's house. After the cutscene, get inside the carriage with the Mayor's assistant (Jean-Marc) and follow the professor from a safe distance until the backyard. Confront him by threatening/beating him to make him change his mind and then return back to Jean-Marc.

After a few days later from the previous part and reading the Mayor's second letter, again head to his house at night. Upon reaching the coach, hop on it and begin intimidating the man inside. Report back to the Mayor the next night.

This time, the target is Jean-Marc. Confront him, knock him out and carry him back to the mayor's house carefully without getting detected. In the backyard of the Mayor's house, the Mayor wants you to kill Jean-Marc but it is up to you on how you deal with this. By sparing him, you will gain honor but by killing him, you will need to dispose his body in the water and a permanent 10% discount in all Saint Denis shop you can enjoy. 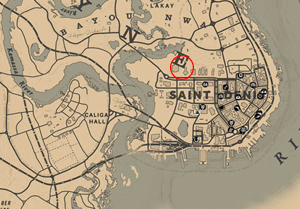 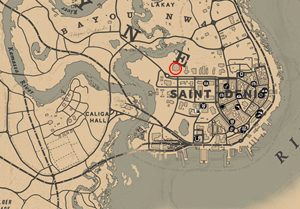 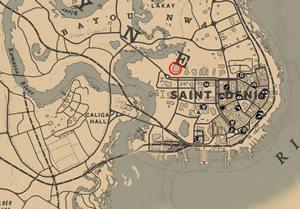