Magicians for Sport is a Story Mission in Red Dead Redemption 2 (RDR2). This is one of the "Main Quests" of the game and players must complete it to advance the Story. Completing Story Missions opens up Stranger Missions as well as additional content throughout the game.

Arthur and Charles go to track down Trelawny at his rental caravan in Rhodes.

Dutch Van Der Linde calls Arthur Morgan (you) to raise his concerns about the "Super agents" Josiah Trelawny mentioned were after the gang. He tells you to go into town with Charles Smith to get some more answers from Trelawny. So you both ride out to his caravan, just outside of Rhodes.

When you arrive, you find the place trashed and Trelawny nowhere to be seen. Use your Eagle Vision to look for clues inside his caravan. The ultimate clue is some blood found that leads outside. Charles checks it out then points in the direction he thinks they went before asking you to track it, once again using Eagle Vision. Follow the trail until you reach two men sitting at a camp, and question them about Trelawny's whereabouts. They will deny seeing him but Charles will be quick to point out the cane he found belonged to your missing friend and you both have a scrap with the two men. After you beat your guy up, you question Charles' guy and he tells you he's been taken closer to the Braithwaite Manor.

Follow Charles' lead, learning more about Trelawny along the way, you'll arrive at a small house where he's being dragged out of. You confront the men and they drop Trelawny and run into the cornfields, where you''ll have to find them. It can be quite hard to do so, but use the map below as a guide to where to find them. 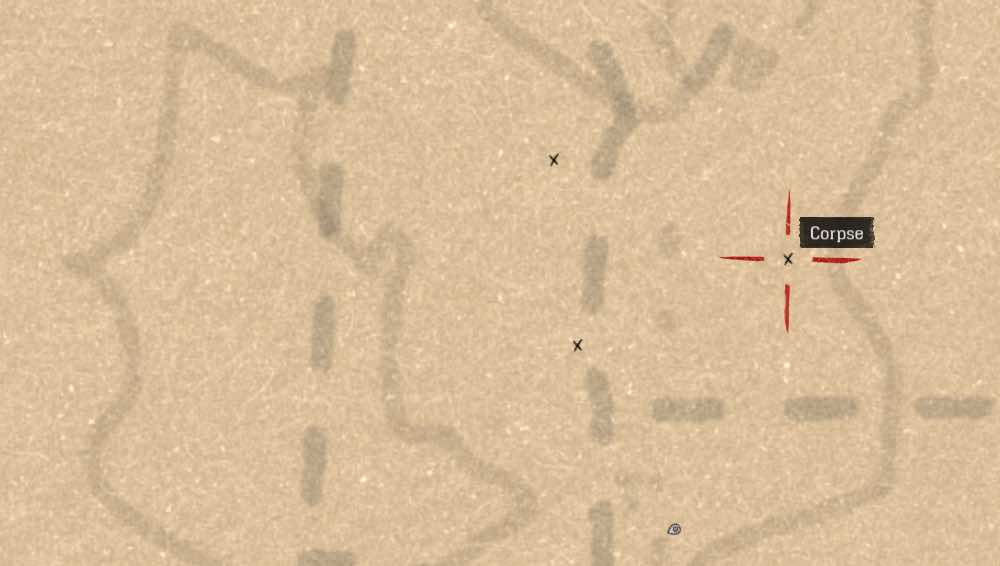 Once you've killed the first two men, the third will ambush you with a rope and try to strike a deal with Charles to kill you. Charles obviously kills the man and you get back up to help him storm the barn. To kill three more men that attack you. When you've killed two, one will run back into the barn. Kill him and he'll drop the Rare Rolling Block Rifle. Once he's dead, head back to Trelawny.

When you reach him, you learn that these men were bounty hunters and Trelawny decides to stay at the camp for a while after being beaten to a pulp. You tell them to ride back to camp and that you'll catch up later. You start to narrate over your journal entry, expressing your concern of the growing hunt on your gang.