Money Lending and Other Sins – III is a Story Mission in Red Dead Redemption 2 (RDR2). This is one of the "Main Quests" of the game and players must complete it to advance the Story. Completing Story Missions opens up Stranger Missions as well as additional content throughout the game.

Arthur attempts to reclaim the debt from Thomas Downes but finds him to be destitute.

Money Lending and Other Sins I

Speak to Leopold Strauss at your camp. He will ask for Arthur Morgan's (you) help, and once you accept will ask you to collect debt from 3 people, and will tell you where to find them. The three locations are now highlighted on the map. 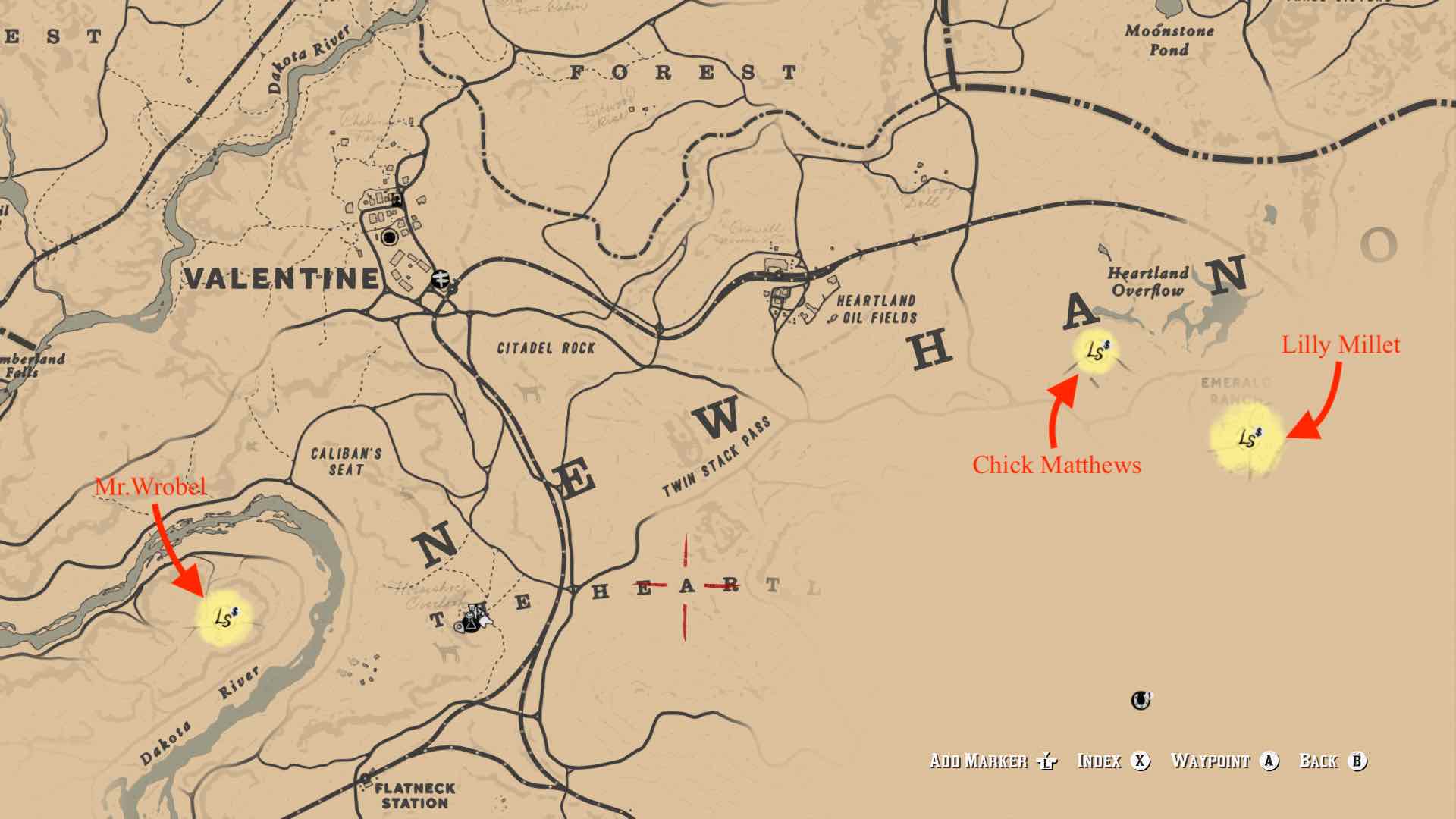 The closest one to the camp is Painted Sky, where Mr. Wrobel resides in the only house in sight when you reach the area of interest. Enter his house and after some language barrier issues, he becomes aware of your purpose. He tries to plea with you as he is broke but after a beating, he will allow you to loot his house for whatever you can find as payment. Do so until Arthur says that it's enough, and leave to find the other two.

The furthest from the bunch, Lilly Millet can be found just south of Emerald Ranch. Upon arriving at the area of interest, you can ask the locals if they've seen her. Most will mention the man she's with but one will let you know she's sat outside the General Store. You'll find her sat outside, arguing with a man about getting her money. Call her out and she'll tell the guy she's with to give you the money, to which he refuses and beings a brawl with you. After you defeat him, she'll tell you to loot him to pay off her debt. When you do, a man spots you in the distance looting the body and says that he'll report you to the police. Chase and threaten him into silence then continue on your way.

Quite close to Lilly, Chick Matthews can be found just north of her, near Heartland Overflow. You'll find him tending to his horse at his ranch. If you ask the man sat on the log of Chick's whereabouts, he'll point you in his direction and Chick will flee on his horse. Chase him down, and use your Lasso to capture and hogtie him. Once you do, he'll tell you to check his pockets for a map leading to a stash in a tree hollow. Your map is updated and shows the new area of interest just north of you. Head over to it and find the tree with the hollow to acquire his debt payment.

Once you've recovered all the debts, return to Leopold at the camp. Return the debts to the donations box at the camp. You will also learn how to use the Ledger to improve the facilities and keep note of all the incomings and outgoings of the donations box. After completing this, you'll receive a letter from your former partner at your quarters. Reading it will unlock the We Loved Once and True - II mission.

When you're done with the letter, Leopold will ask you to help him with one final bloke who's been dodging the payment, and gives you the location of his farm which is just south-west of Valentine. When you arrive you'll find him in his vegetable patch and upon confronting him, he will try to swing at you with his rake. Beating him enough will trigger a cutscene in which he begins to bleed out of his mouth and plead that he has nothing to give. After his wife and child come out, you leave and arrive back at the camp in a cinematic horse ride. When you arrive you let Leopold know of the mission's status and this completes the mission.