Visiting Hours is a Story Mission in Red Dead Redemption 2 (RDR2). This is one of the "Main Quests" of the game and players must complete it to advance the Story. Completing Story Missions opens up Stranger Missions as well as additional content throughout the game.

Arthur and Sadie row to Sisika Island to break John out of prison.

Following the event that happened in Icarus and Friends - Sadie instructs Arthur (you) to meet at Popperhind Landing docks where the two will have to make their way to Sisika Penitentiary, on Sisika Island, to break out John. When Arthur (you) gets to the docks, a cutscene will start where you will find Sadie telling Abigail she can't come along - Abigail eventually agrees to be left behind and the two make it to the island without any problem.

Once the two have landed on the island, stay low and head South toward the watchtower where you will need to perform a stealth kill - equip a knife, climb up the ladder, and eliminate the guard.

Pick up the rifle on the watchtower and scout the area to the right, where you will find a group of prisoners and two guards in front of a barn. 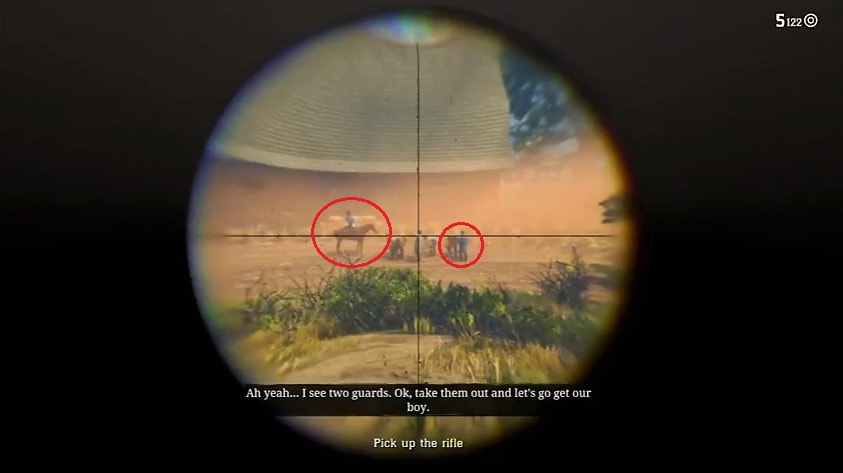 It is recommended to shoot the guard on the horse first in order to have enough time shooting the less mobile guard who is on foot.

After killing them, Sadie claims that she didn't think it was John in the group. Follow her down the watchtower and investigate the field to the eliminated guards.

After catching up with Sadie, a cutscene will start where she questions a guard who's still alive - another guard sneaks up and points a gun at her. However, Arthur is there, points his gun at the guard, and takes him hostage. Continue and make your way towards the entrance of the prison, Sadie will knock out the encountered guards as you go.

Once you've reached the entrance, another cutscene will start where Arthur is still holding a gun to the guard's head and demand they trade John for him. Eventually, they give in and release John to you.

Now, prepare to make a run towards the field to the boat once Sadie releases John from his ankle shackles - when you are relatively close to your objective, Sadie will tell Arthur (you) to hold them off until you've reached the boat. 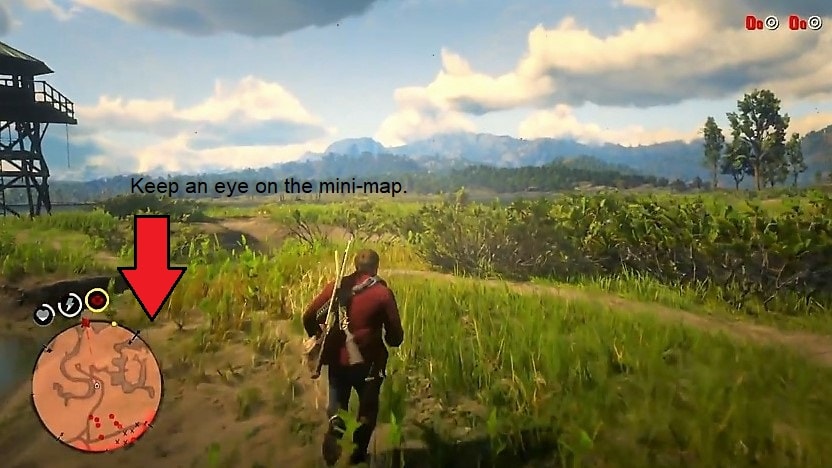 Keep an eye on the mini-map to be able to predict the enemy movement so you can get to cover as soon as possible.

Once you're in, continue with shooting the guards on shore and use Dead-Eye to get better accuracy - once you've killed enough enemies, a cutscene will start with the three getting out of the boat.

Mount your horse and follow Sadie and John - as you make your way to Beaver Hollow, Arthur and Sadie will start telling John about all the things that have happened while he's been detained.

After arriving at the camp, another cutscene starts where you will encounter Dutch Van Der Linde who isn't keen on Arthur breaking John out. When you resume control of Arthur, you will be told by Mary-Beth Gaskill that Dutch and Micah have gone to Annesberg where they have business with Mr. Cornwall.